In December 2013, we visited Chernobyl and Kiev in Ukraine to make the work “Ghost of Modern”. At the time, protesters occupied Independence Square in Kiev, but they managed to avoid many injuries. This occupation was followed about two months later by the Euro-Maidan Revolution, which took place over five days from February 18 to 23, 2014.

At the time, one of the member of OLTA was asked to draw a portrait of a Ukrainian man he was staying with in a hotel. They were very happy. At the headquarters where we were demonstrating, a medical center and food kitchen were being built, and many young volunteers were participating.In Chernobyl, which we visited for two days and one night, a guide gave us a commentary while accompanying us on our filming. Also, when we visited Samashor (a resident of Chernobyl who had lived in the town since the time of the accident) on our tour, he told us that the birds had flown away at the time of the accident, but they had lived the same way, not knowing anything about it. The old man’s house had chickens, a field, and he lived self-sufficiently. He told me that the beaver damage was very serious in the field. There were Ukrainians who were still keeping their lives there despite the accident.

We prayed for the safety of all the people in Ukraine and strongly hope that the destruction and killing will stop immediately. 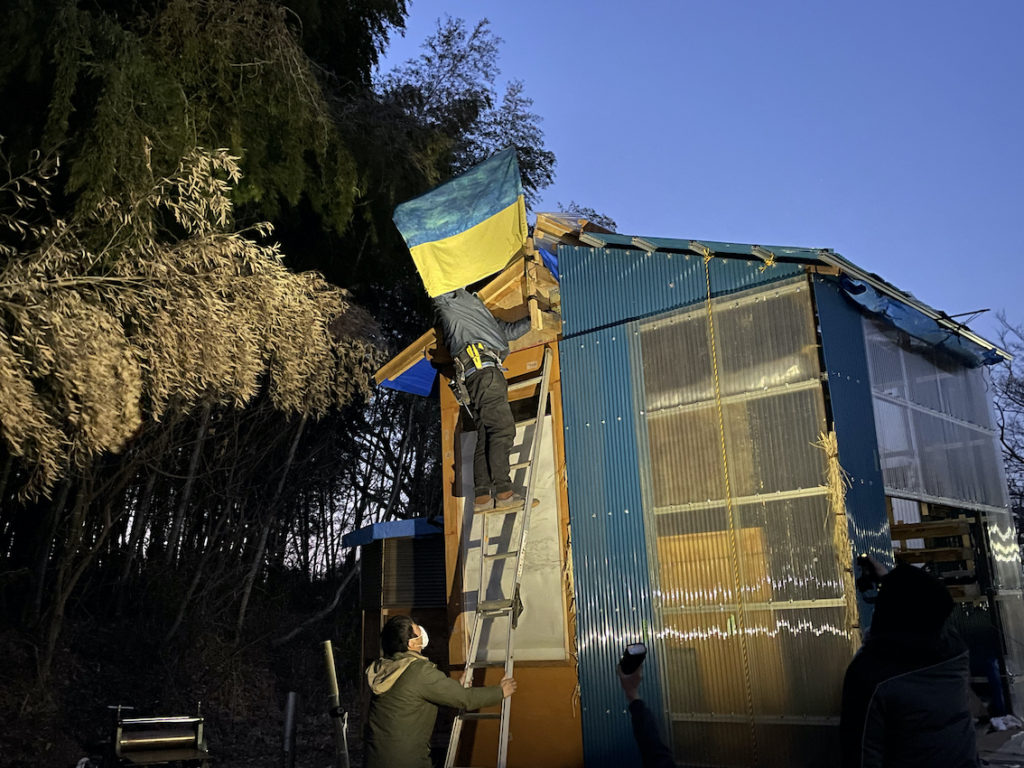