“ORGANELLA” had presented at 21st Century Museum of Contemporary Art,Kanazawa in 2013. During the exhibition, OLTA had performed at the museum.ORGANELLA was based on the idea of evolution and the memory of life in the ancient time. With the idea, they had created a large scaled object and performed around, on and in it.
They aimed how people could share any close connections by searching solutions of how they could disconnect the many boundaries such as between landscape and body, subjectivity and objectivity, performer and audience ,and even the ancient time and the future through the performances.
ORGANELLA
The organs and earth strata are two sides of the same coin.
Like a great wave, they billow and twist.
Within that wave, biological memory arrives at me.
ORGANELLA
A word meaning little organ in a cell.
A “vessel” by which cells live in symbiosis.
The awesome, deep in biological memory, cause me to tremble.
ORGANELLA
In this vessel, gathering cells wriggle and squirm.
Eventually, they overflow from the body wall
And, wandering about, transform into premonition of a new body.
Photo: Shigeo Anzai
ーーーーー
Group Exhibition : “Visceral Sensation-Voices So Far,So Near”
Period : Saturday April 27,2013-Sunday September 1,2013
Venue : 21st Century Museum of Contemporary Art,Kanazawa
Artist : Louise BOURGEOIS / CHO Shinta / Nathalie DJURBERG ＆ Hans BERG /KATO Izumi / KUSAMA Yayoi / Ana MENDIETA / NAKAGAWA Yukio / Saskia OLDE WOLBERS / OLTA / Pipilotti RIST / SHIGA Lieko / Bill VIOLA / WATANABE Kikuma
http://www.olta.jp/organella/english.html 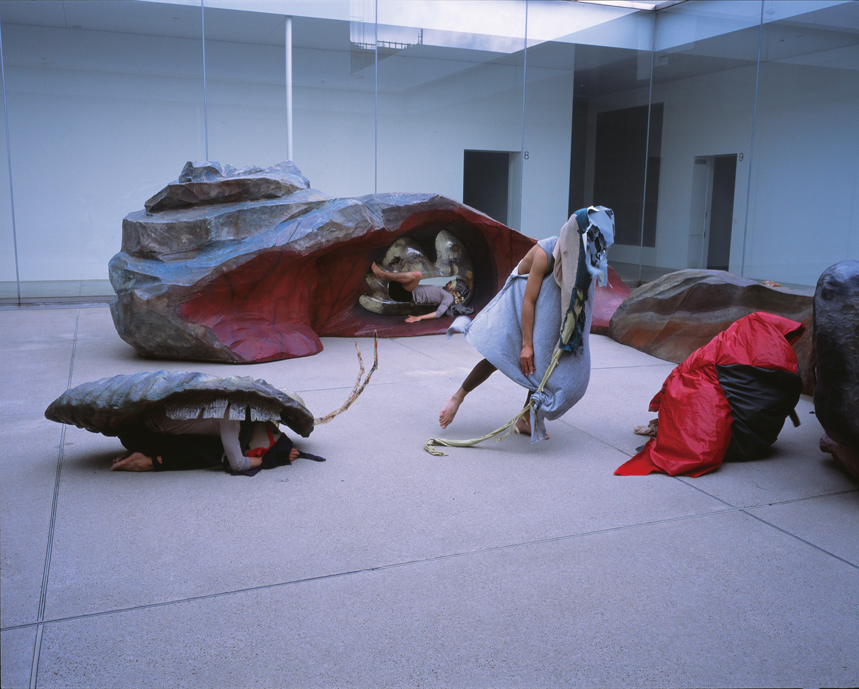 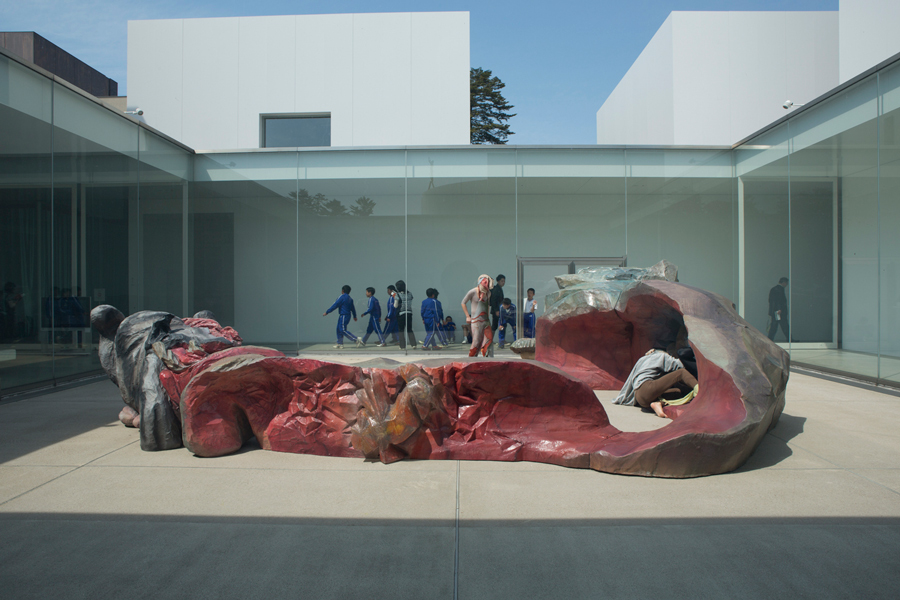 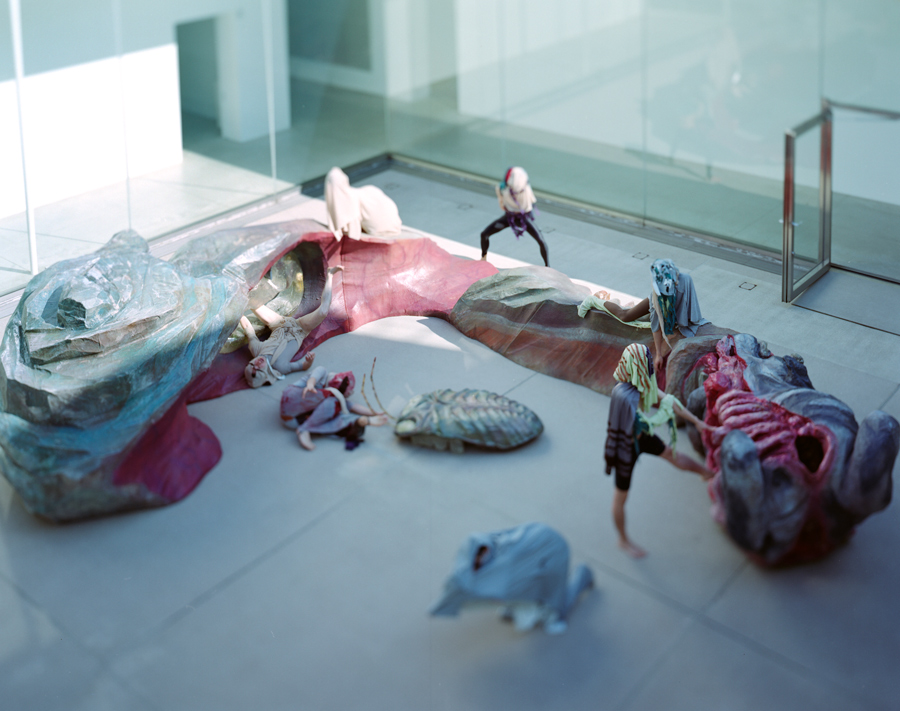