“Walking Cascade” is an attempt to intervene in the exchange of act and appreciation through physical and digital media records. In the newly devised stage, videotape films continue to run around, like a waterfall. The two elements of the waterfall, the reflection of water as it falls and the precipitation after it has fallen, account for the diffusion and accumulation of information in the network.

OLTA gives a performance inspired by Rokusai Nenbutsu Odori, a traditional Japanese Buddhist folk dance that is performed mainly by farmers in Western Japan. In spite of its variety of forms and traditions, it is often the case that a group of a few people visit each house in a village and dance all night accompanied by drums, bells, and flutes.

In their performance, the members dance to the sound of their own voices and original instruments improvised from the objects such as video cameras, smartphones, bells, reels, plastics and etc. One person chants 5 words “stream of water-traveling-in motion-group-flow down” each of which has its own image of movement and gesture. Performances are reproduced from the coordination and difference of collective arrangements with speech, instruments and gestures.

Performance is played using three structures and two screens. The performers are divided into three dancers and three recorders, and the recorded tape is played back, rewinded, fast-forwarded, and edited by changing the tape on the spot.The continual transformation and updating of the meaning are actualized on site through the performance and its subsequent replay; through the video on which the performance is recorded and its replay; and through the bodies of the viewers encountering the installation. 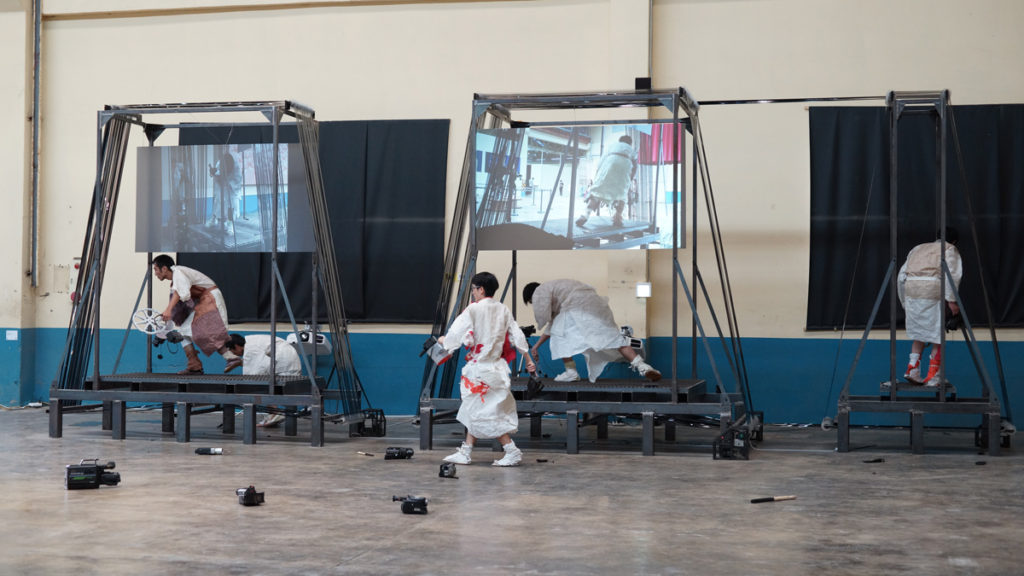 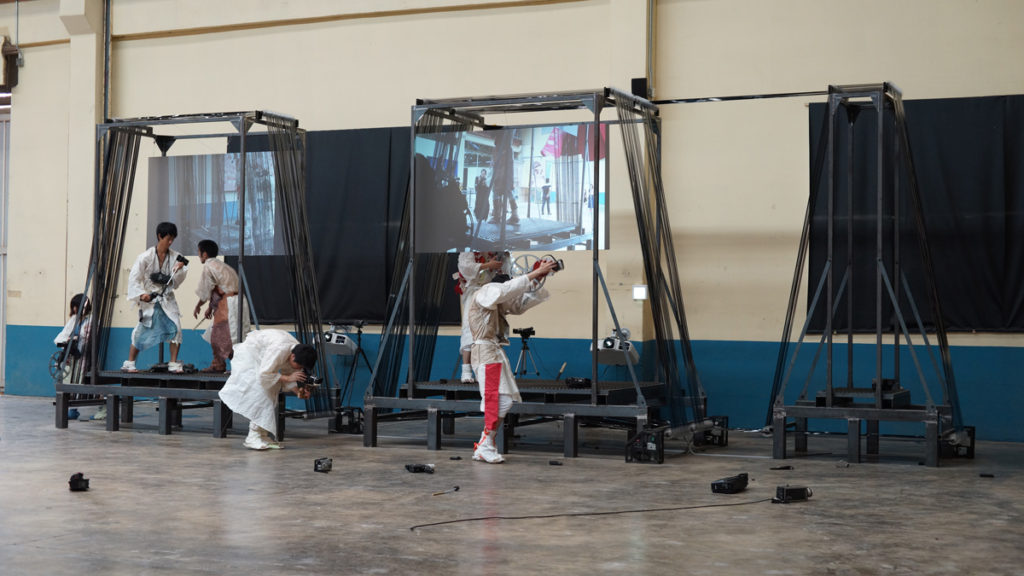 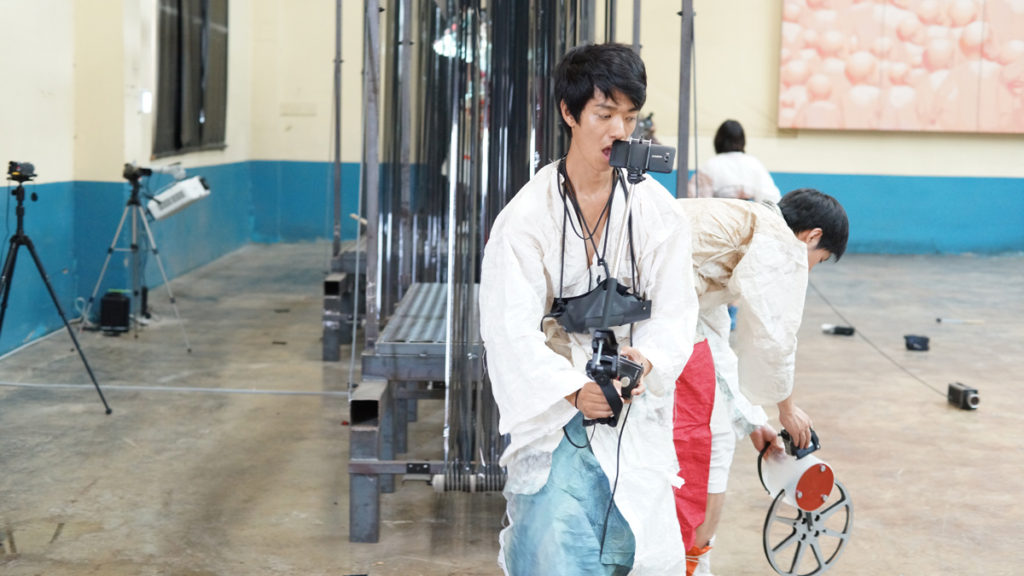 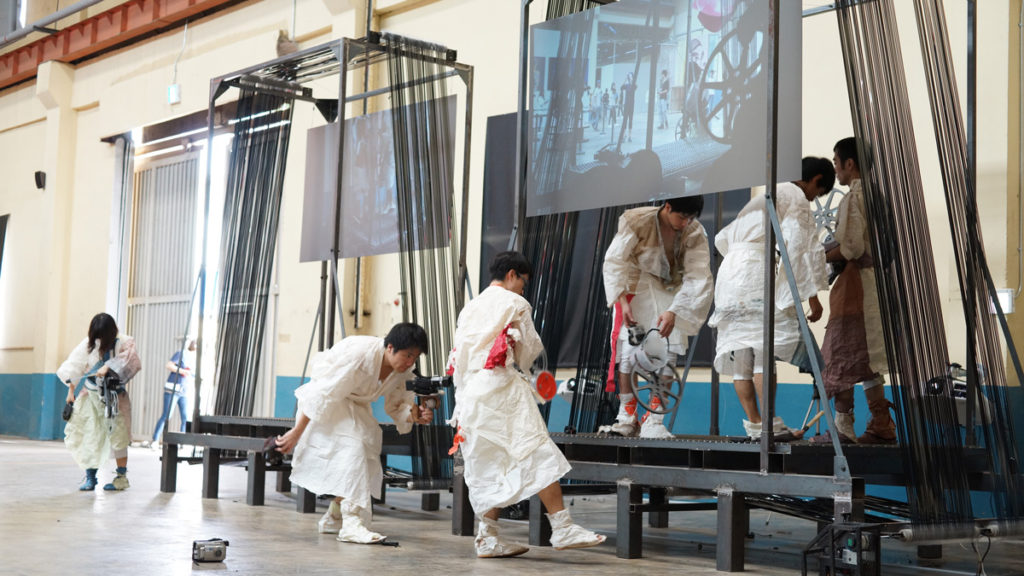 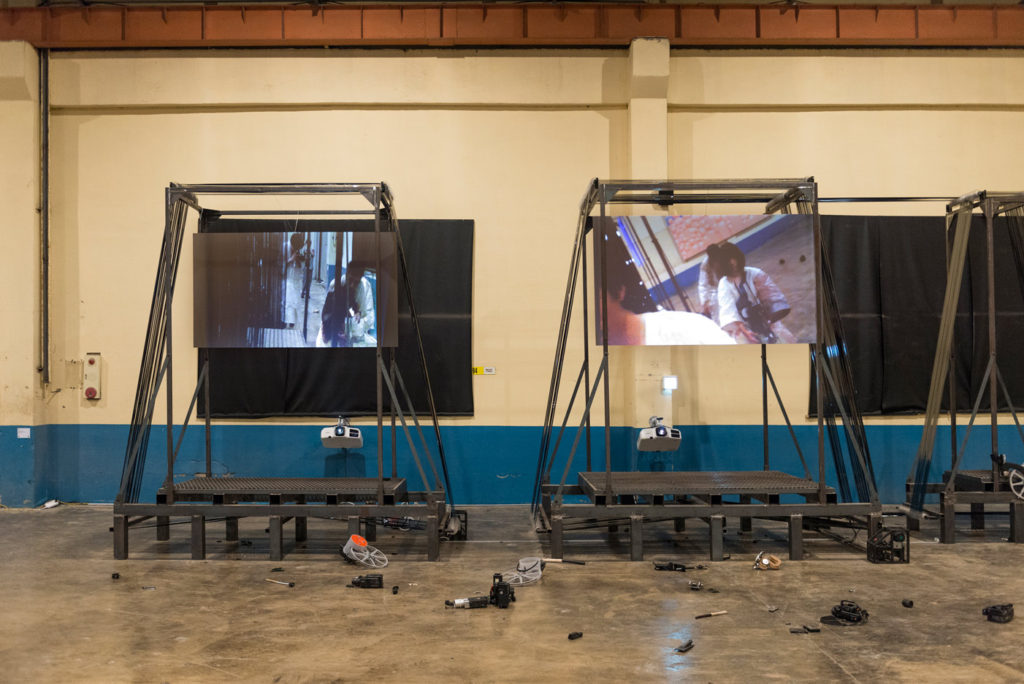 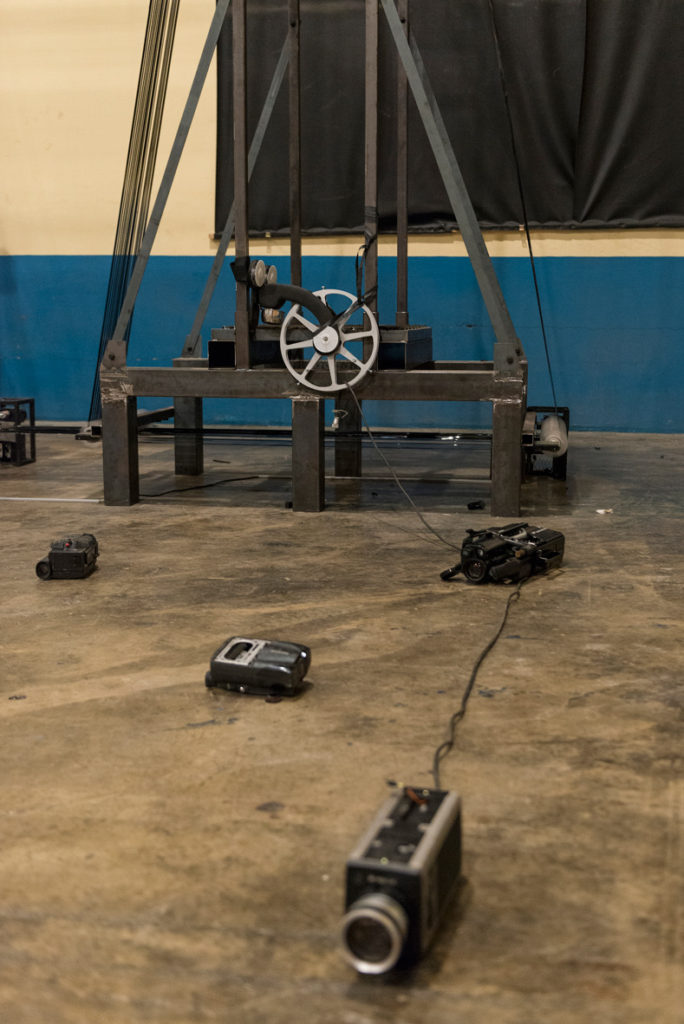