The entirety of the second floor @KCUA gallery was given over to the performance group OLTA’s GHOST OF MODERN, which depicts the Auschwitz death camp and deer wandering through it, its cramped three- month residency in Berlin(through the Tokyo Wonder Site Exchange Residency Program) and has been working on continuously since. Set amid ruins or other locations associated with modern history, it features surreal, ghostly costumed figures migrating from one place to the next. From Berlin, to Krakow, to Auschwitz, to Chernobyl, to Kiev, they visit sites related to World War 2, nuclear fallout, and regime collapse. These visits (or visitations) shed light on problems and tensions lurking behind Western society’s achievement of modernization, and illuminate what may have been and may yet be in the various locations shown. A fawn is featured in the film, and a fawn appeared along with the members of OLTA in the opening performance, referencing the fact that fawns have actually been seen frolicking around at Auschwitz. In Japan deer are viewed as messengers of the gods, and fawn are widely seen as adorable and innocent, but deer are also associated with kitschy vulgarity, and the dark side of deer is accentuated when they appear at a site of slaughter and genocide. Exposed to this dark side, we are also driven to rethink modern history as a whole.
(Part of the catalog of “Homage to Kantor -Theater of Death” Theater of Death : Remembering Tadeusz Kantor by KASUYA Akiko) 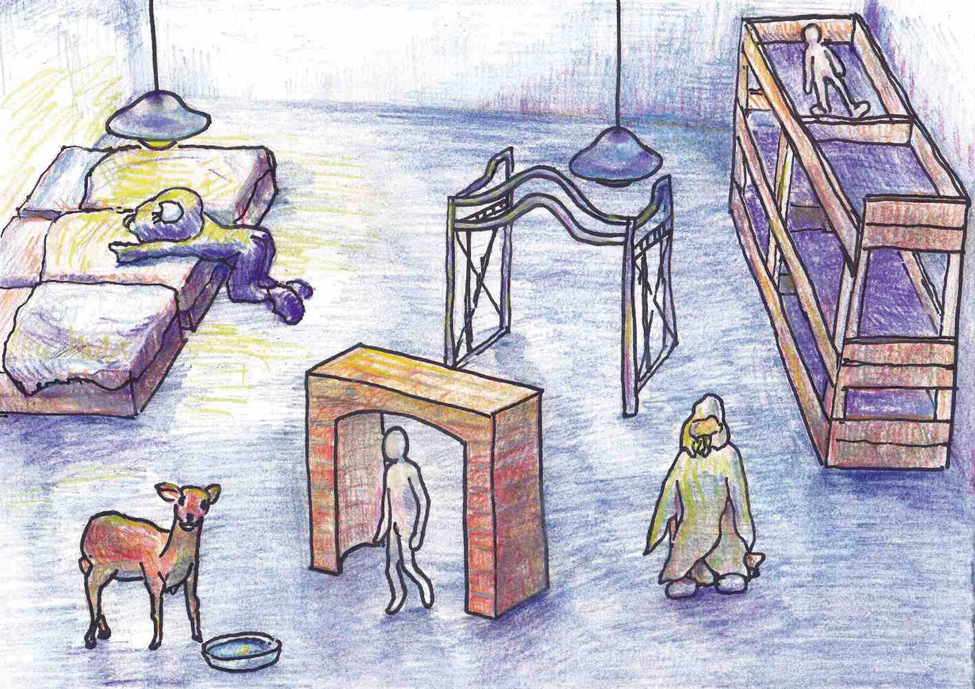 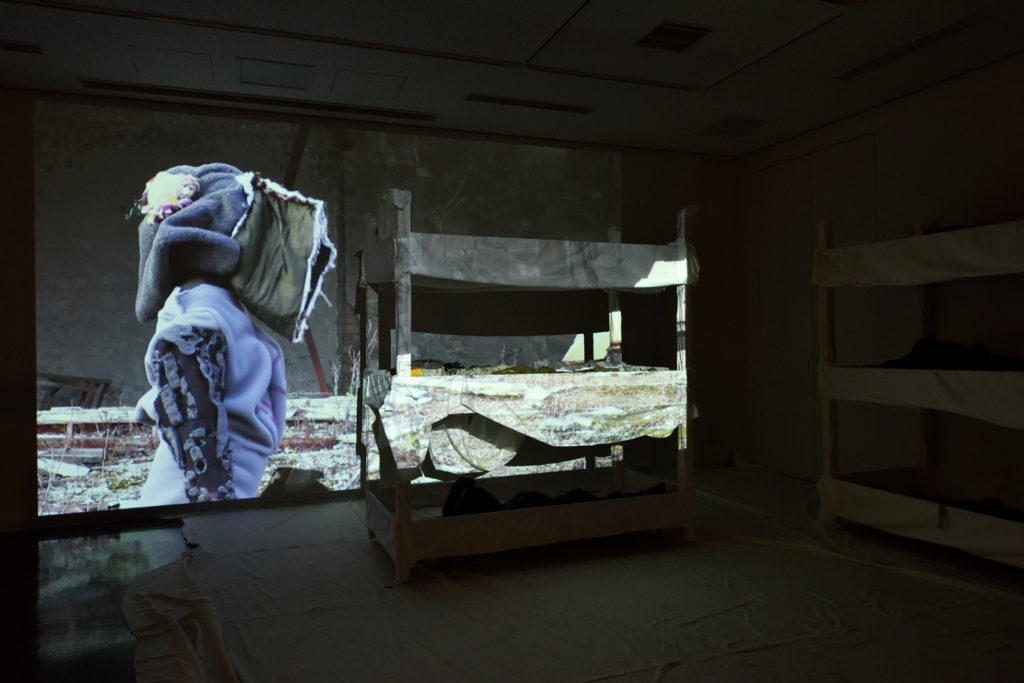 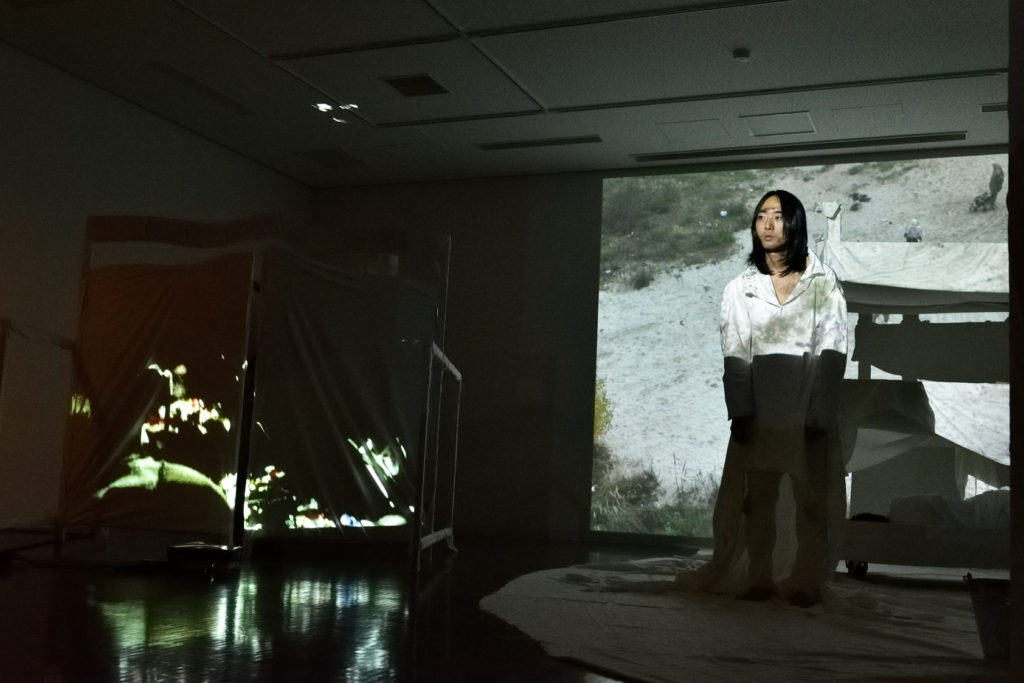 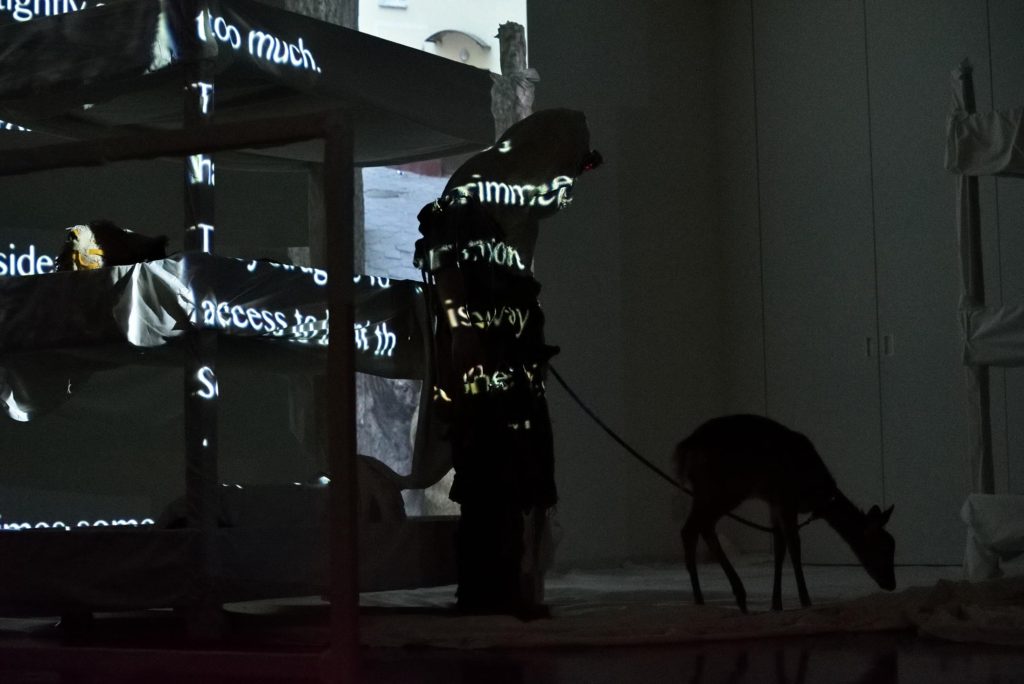 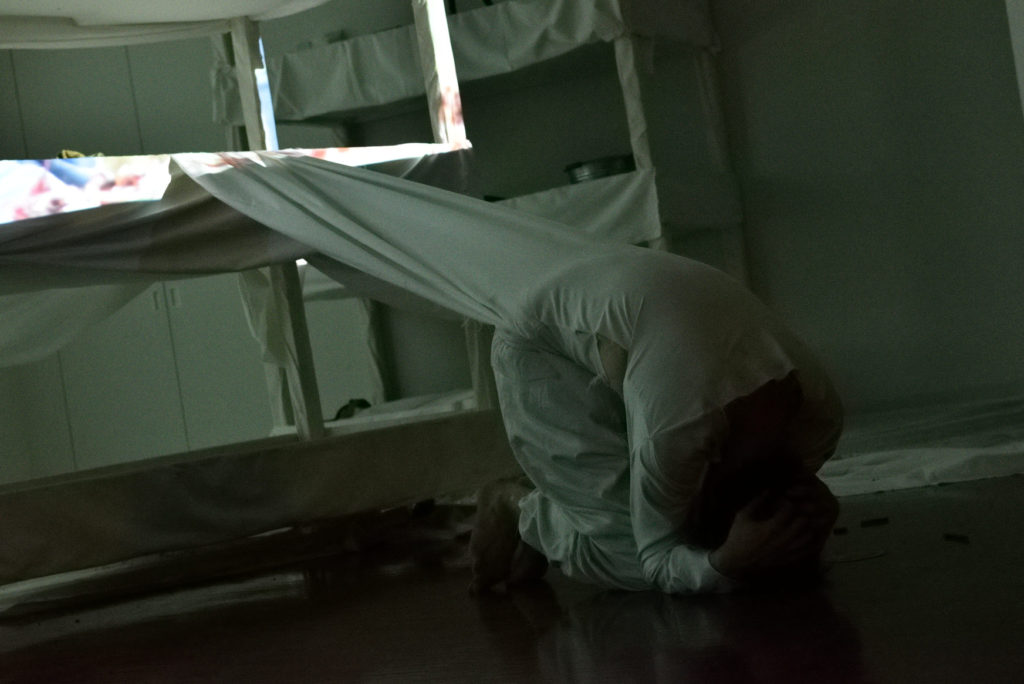 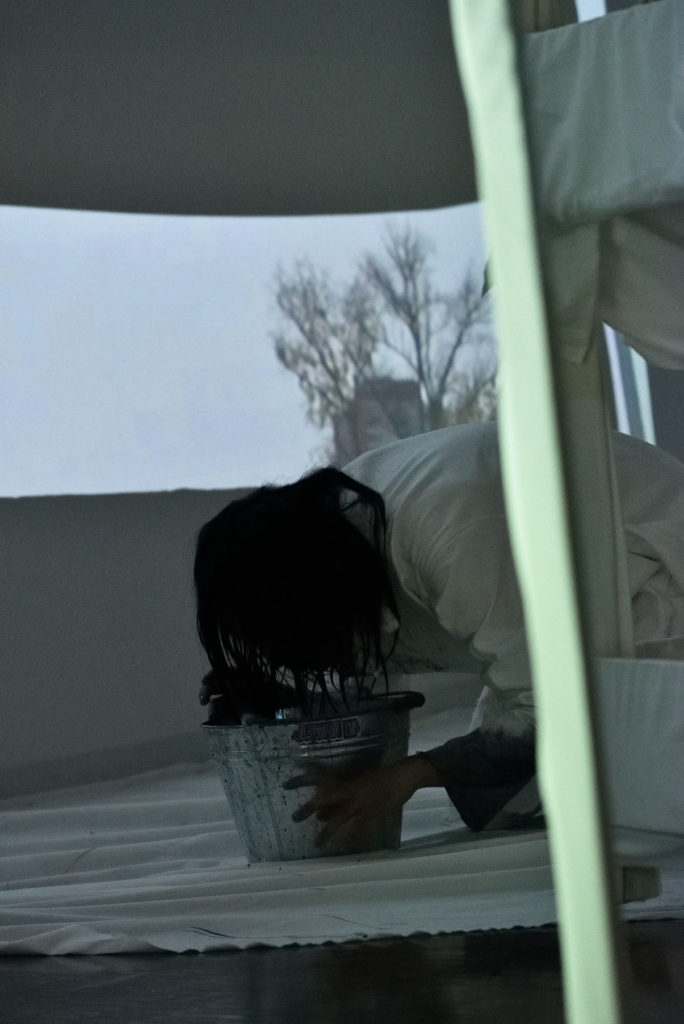