“I Like Korea and Korea Likes me”
Put up the placard “I Like Korea and Korea likes me” at the parade of anti-hate speeches held at the same time in Tokyo and Seoul (Korea). The text  is inspired from Joseph Beuys’s work title “I Like America and America Likes me”.
After that, similar message on both sides of the placard in both languages are draw, and walk through Tsuruhashi, Osaka(Japan) and Gwangju (Korea).

“We won’t do it without the rose”
We draw the wall painting with the artist Han Seokhyun and Byungseo Yoo at the street in Itaewon, Seoul. Free Live paintings on the first day was rejected by the residents nearby. Because a messy impression of wall paintings detracts from the landscape.On the second day, we draw a rose. It is a homage of the work of Joseph Beuys”We won’t do it without the rose”.

“KOGI Man”
There is a market where our daily lives connect to others. We made the costume “KOGI Man”. Kogi(Korean word) means meat. We bought vegetables and fishes at the Jungang market and attach to the costume by the skin of the pig.

“Tiger Alive?”
“Tiger Alive?” Is taken from Nam June Paik’s works”. “Tiger lives” is an image work that uses a common image of the culture and history of South and North Korea, and the words “Kill” and “Kiss” are put into equation in the drawing of “Paper TV Show 1974”. In Korea during the Japanese colonial period from 1910 to 1945, there were built many buildings such as Joseon Jingu which was in Namsan(Nam Mountain), the main bank of Joseon Bank (now the main bank of Korea Bank), Gyeonggi Station (now the former station of Seoul Station). In Seoul, they visit the building carrying the figure of a tiger that has been divided into four. They dismantle the tiger as a symbol of Kill and Kiss.After producing “Tiger Alive?” in Korea, they tries to kiss the Japanese Parliament, but they are stopped by security guards. Instead of not being able to kiss, they say “Tiger Alive!”

“Divide into 12 equal circulations”
In Korea, there is a ritual “Gut” involving offerings and sacrifices to gods, spirits and ancestors. The ceremonial shaman, Mudan, spins in ritual. It held in 12 parts festivals.
The last of the 12-Shi (Chinese zodiac) was chicken, dog and pig. The image “Divide into 12 equal circulations” add the last animal of the Chinese zodiac to the circle.

“Camp: Space became Lion” is the collaboration work with Korean theater group “Miwangsung Project” and showed at the 16th Seoul Marginal Theatre Festival. There was a “Practical small theater” in the Panorama Shopping Center of Garibong-dong in Seoul. The theater was performed to educate the factory workers, authorities demolished the roof in the middle of the theater. “Lion Dance” was a parade with the audience at the Garbing market at the first of the performance. After parade, there was the theater performance “Gipeun Zam(Big Sleep)” at the abandon building which was next to the place of Panorama shopping center.

Exhibition：OLTA Drawing Research Exhibition
Duration : 14. 7.21. ~ 14. 8. 5.
Venue：OPEN CIRCUIT, Seoul, KOREA
http://www.opencircuit.co.kr/?page_id=40
DESCRIPTION : OPEN CIRCUIT AND OLTA HELD THE EXHIBITION OF OLTA’S UNRELEASED DRAWINGS ABOUT RESEARCH FOR THEIR WORKS. OLTA USUALLY MAKE MANY DRAWINGS AND USE THEM TO COMMUNICATE WITH MEMBERS, BUT WHICH ARE NOT  THEIR FINAL WORKS. EVEN THOUGH THE DRAWING ARE NOT FINAL WORKS, WE, OPEN CIRCUIT AND OLTA, THOUGHT THAT THE DRAWINGS SHOW THE PROCESS OF WORKS WHICH GIVE UNDERSTANDING AND IMPRESSION OF THEIR WORKS TO PEOPLE . SO, WE SELECTED THE DRAWINGS TOGETHER AND HELD EXHIBITION. ADDITIONALLY, WE HAD ARTIST TALK WITH ART LOVING PEOPLE THAT GIVES CHANCE TO UNDERSTAND OLTA’S WORK. 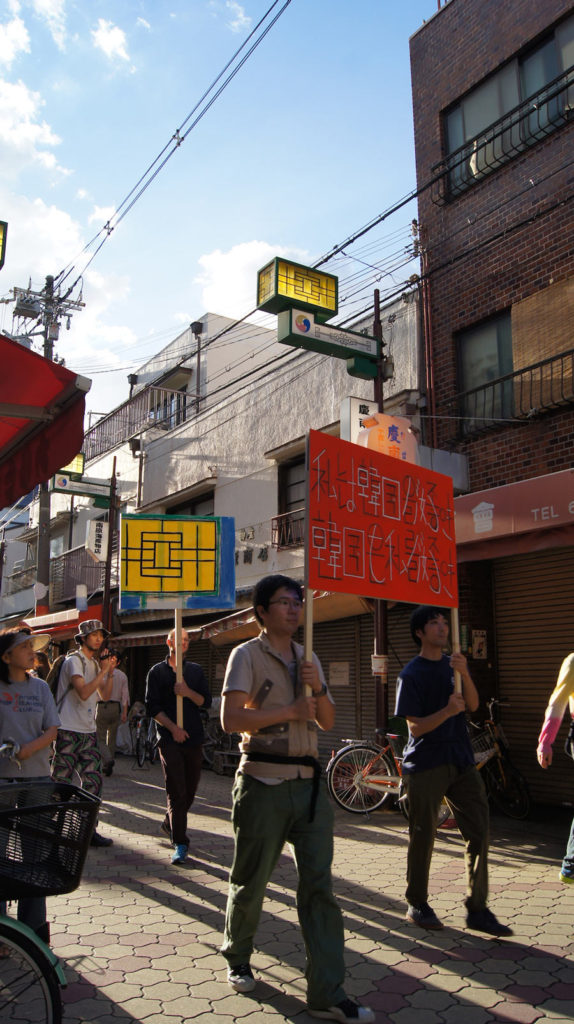 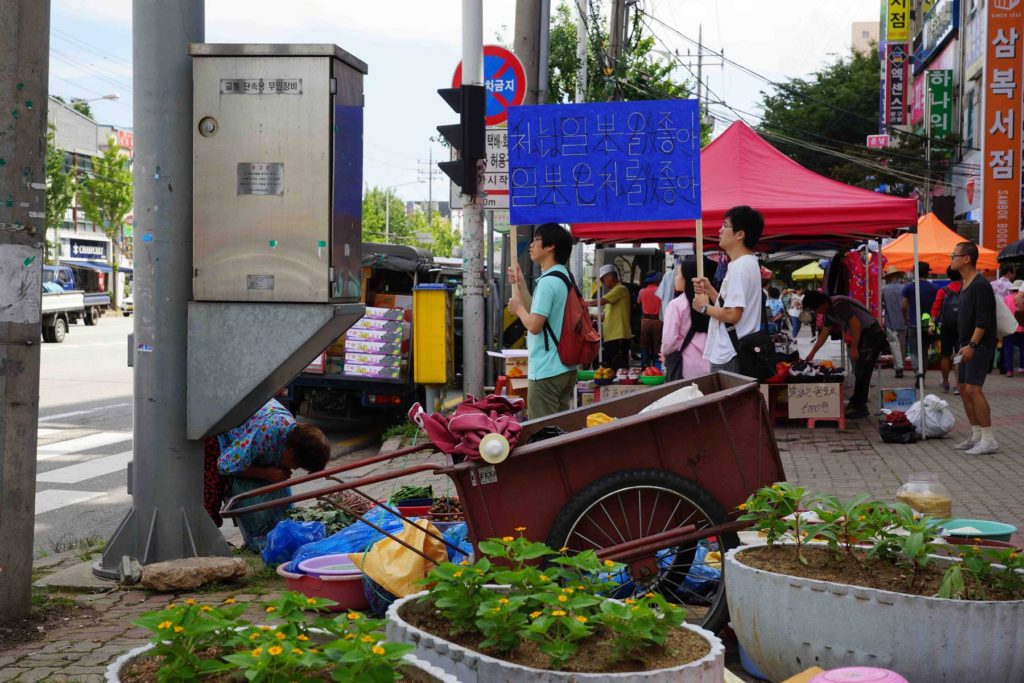 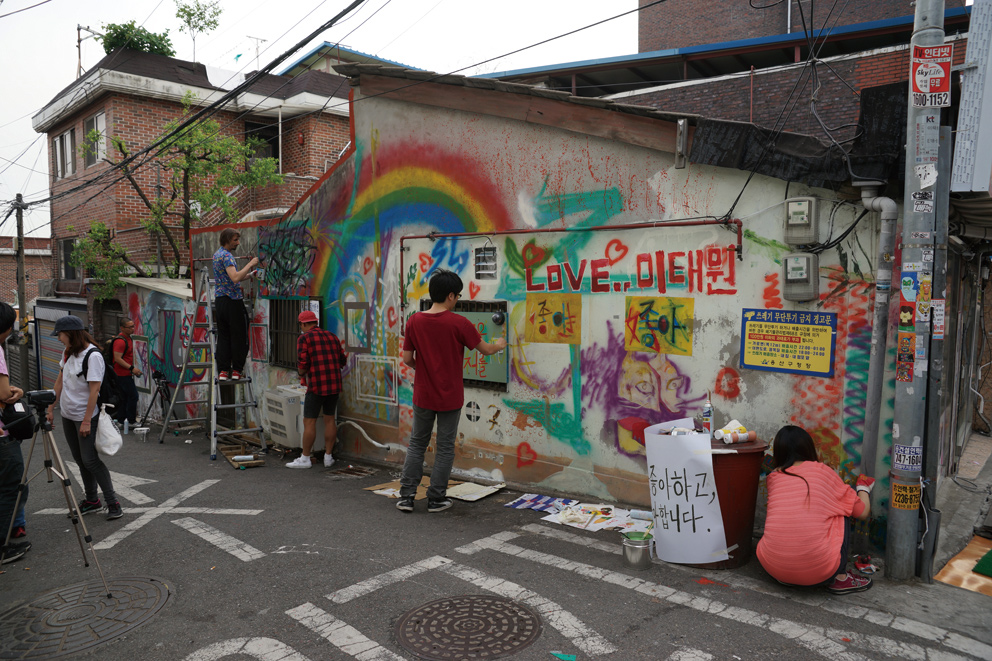 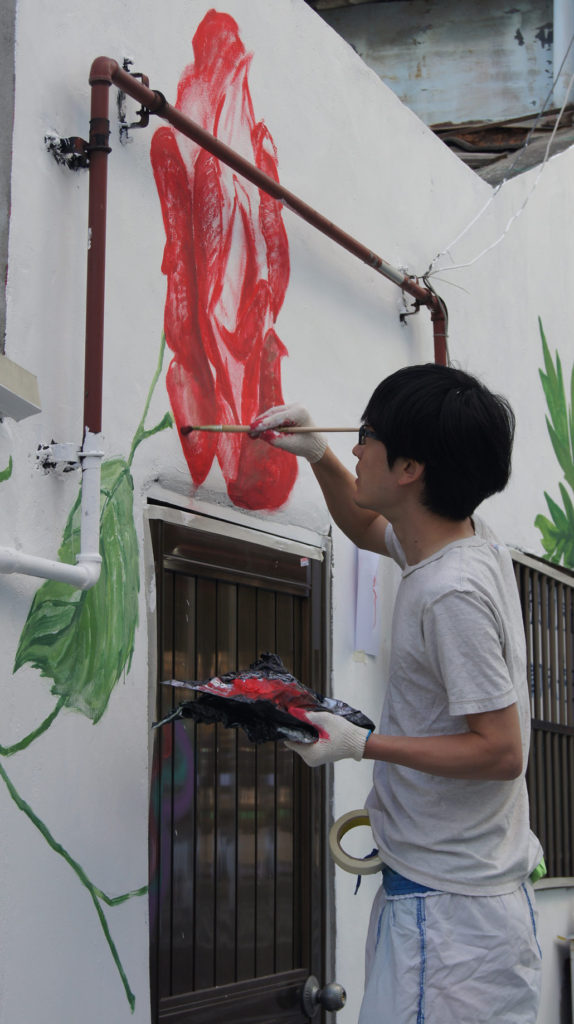 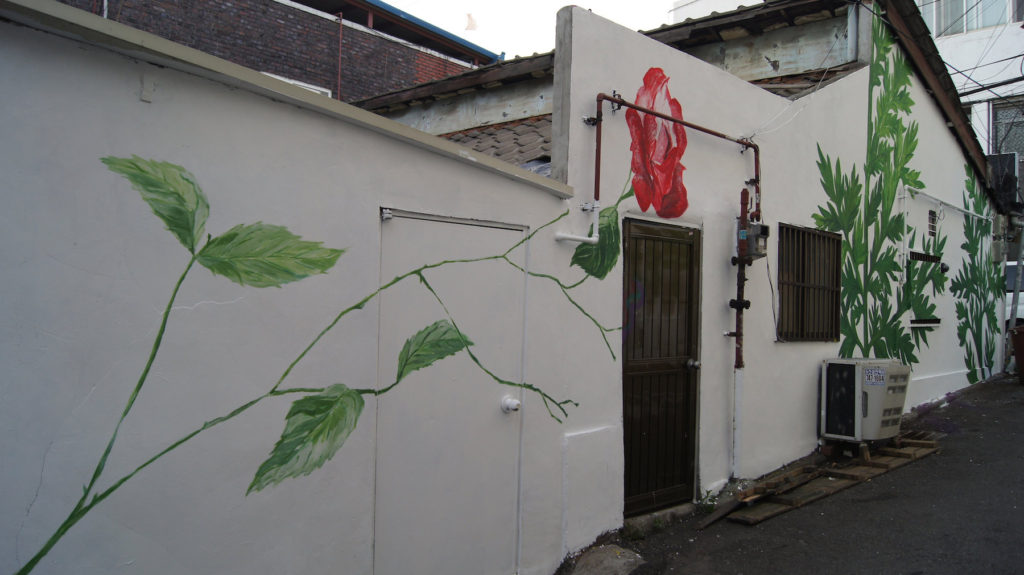 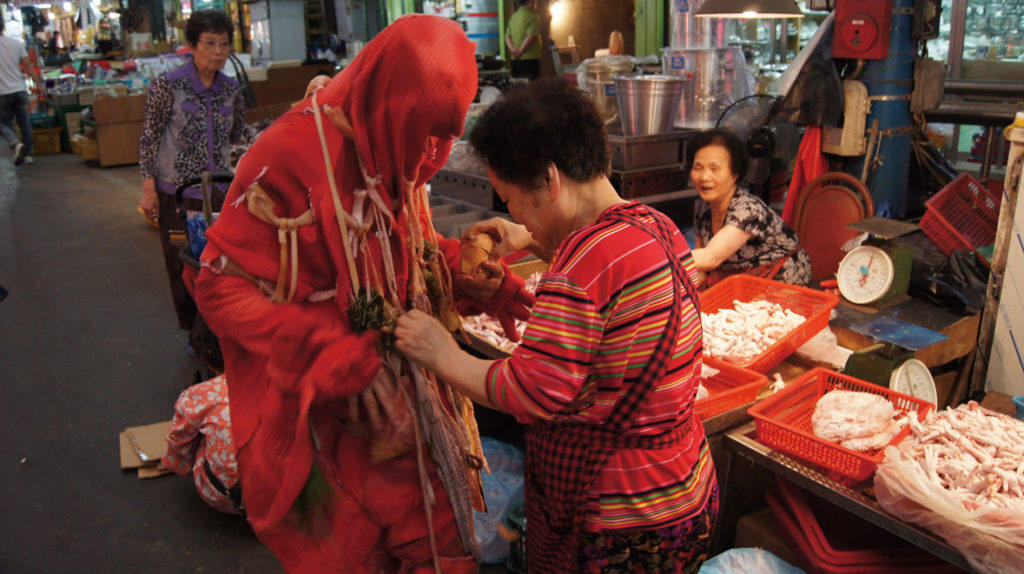 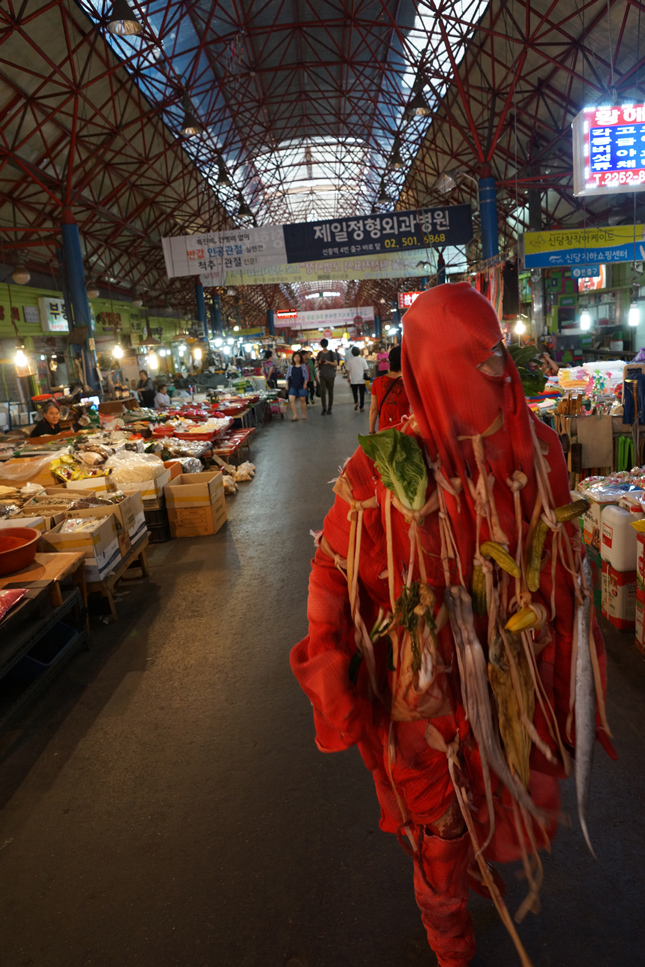 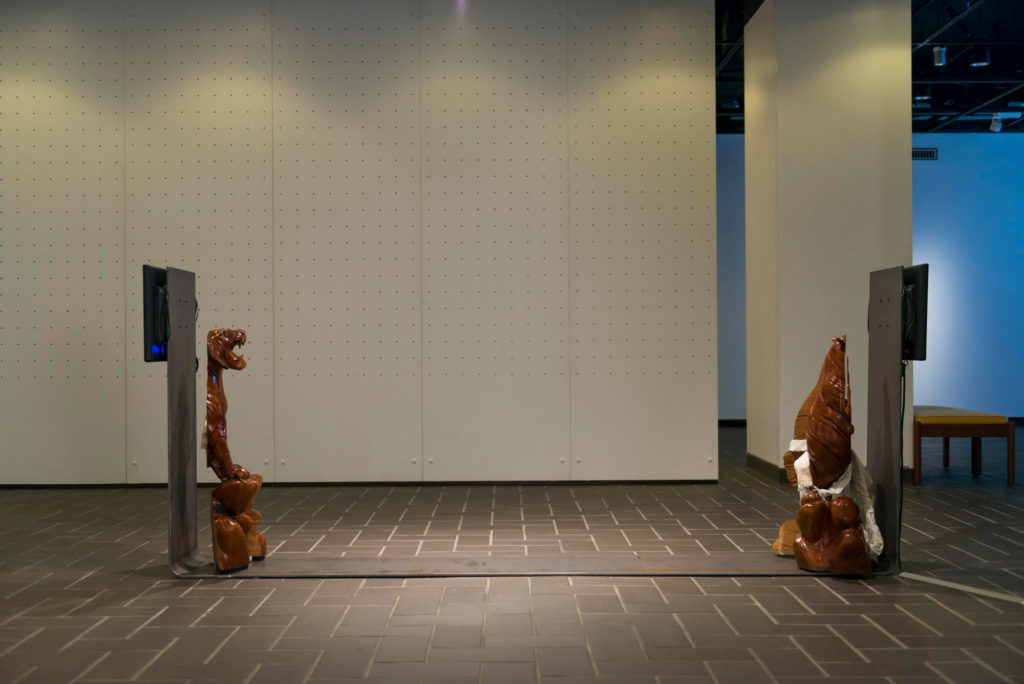 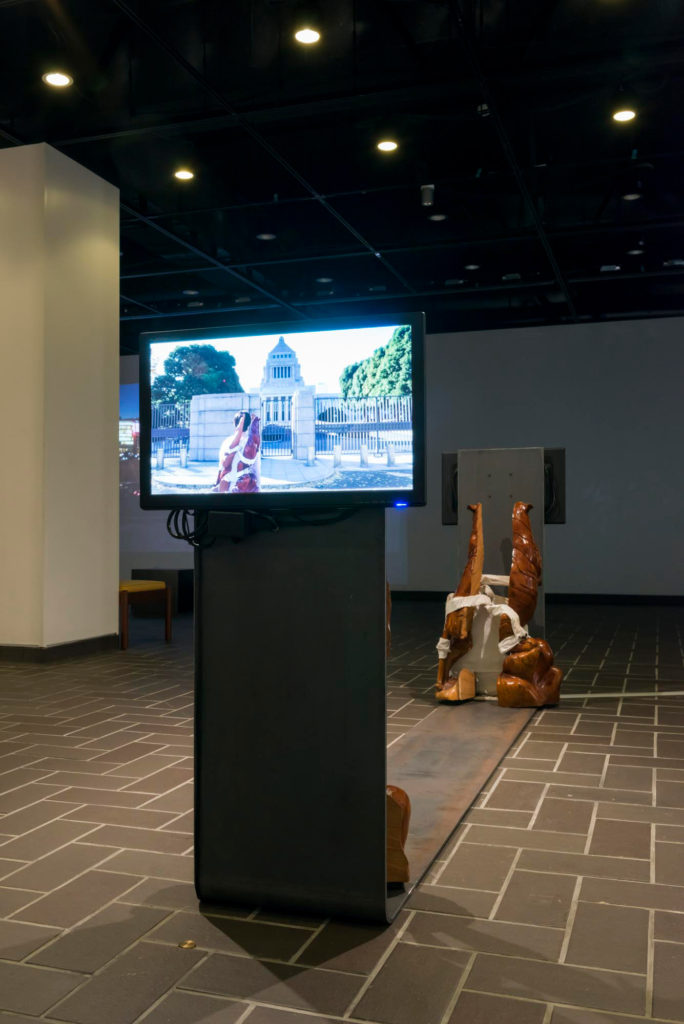 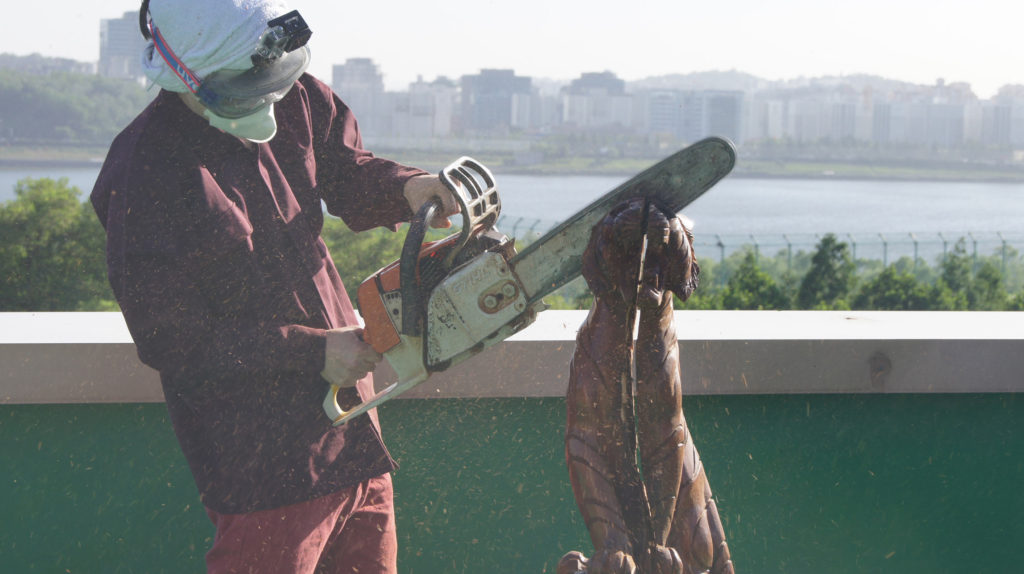 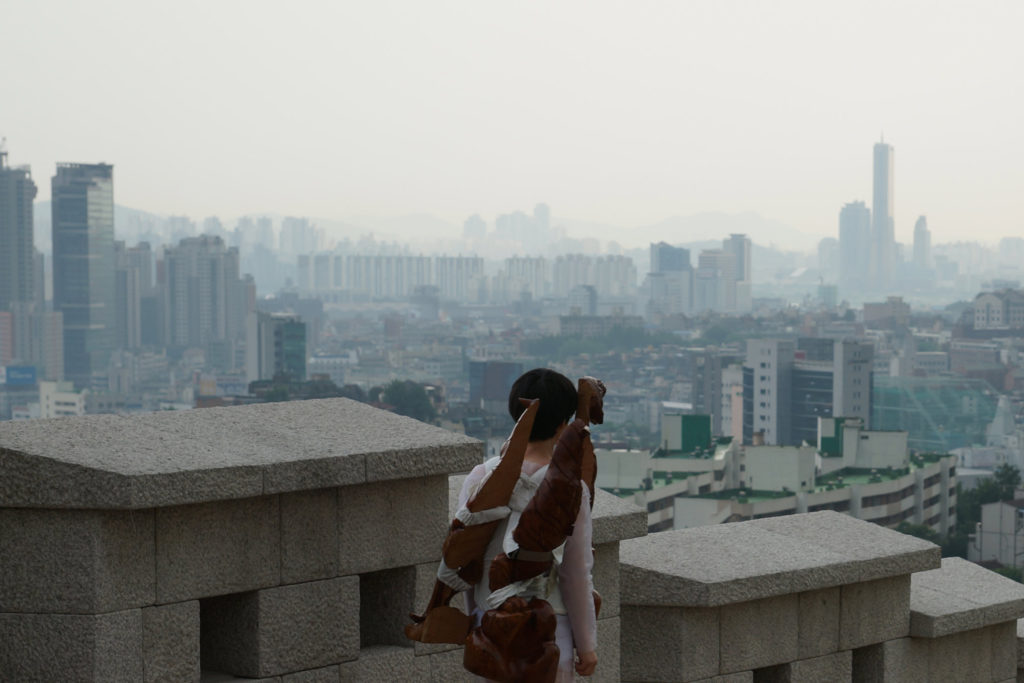 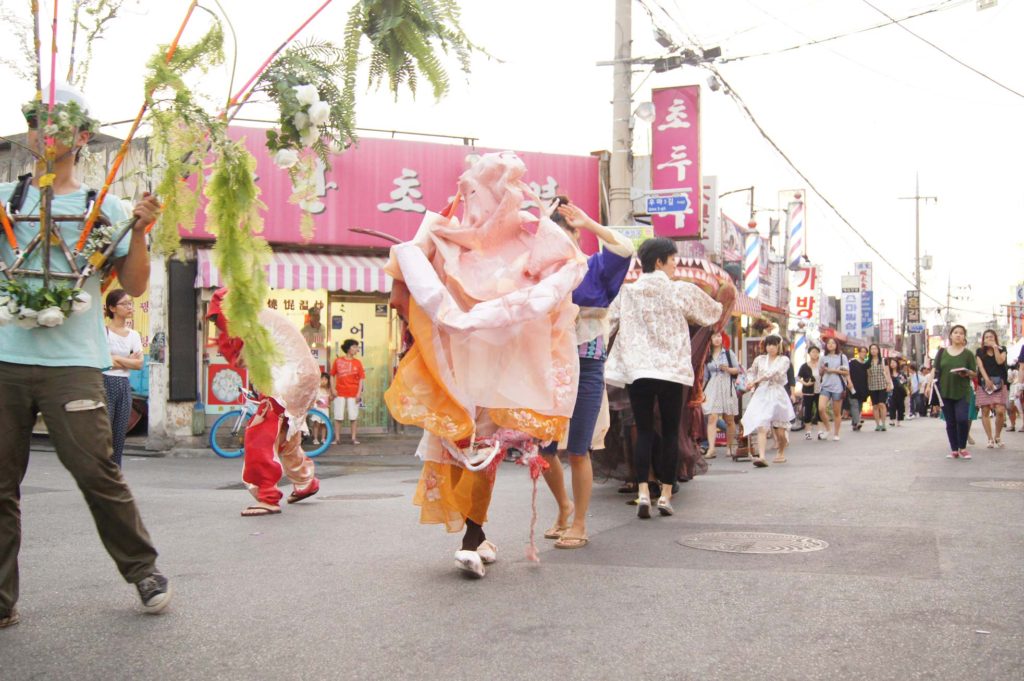 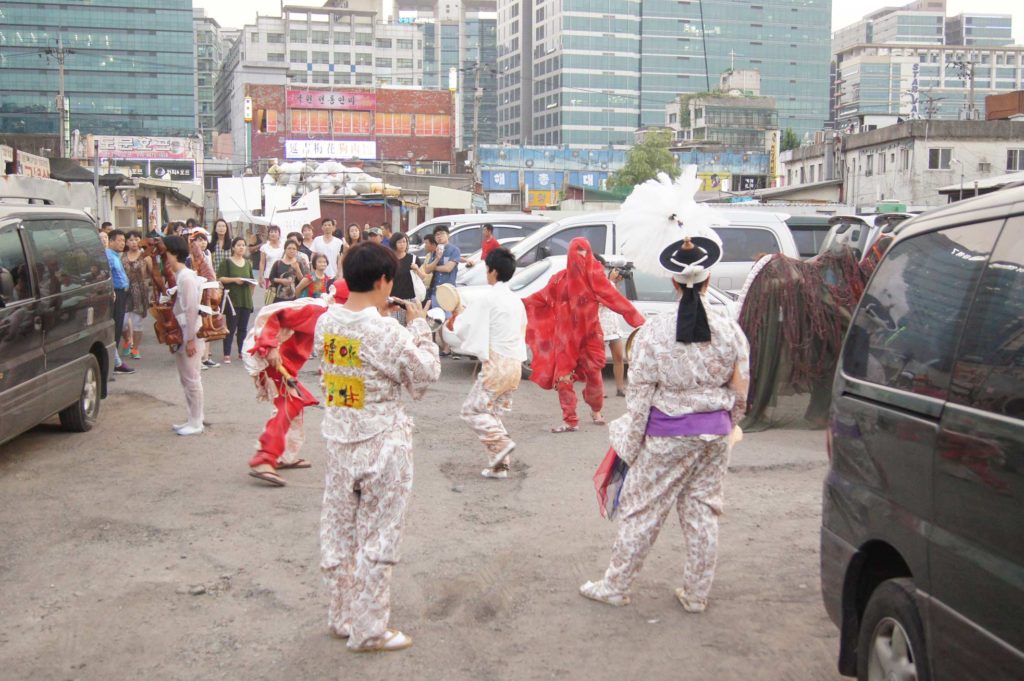 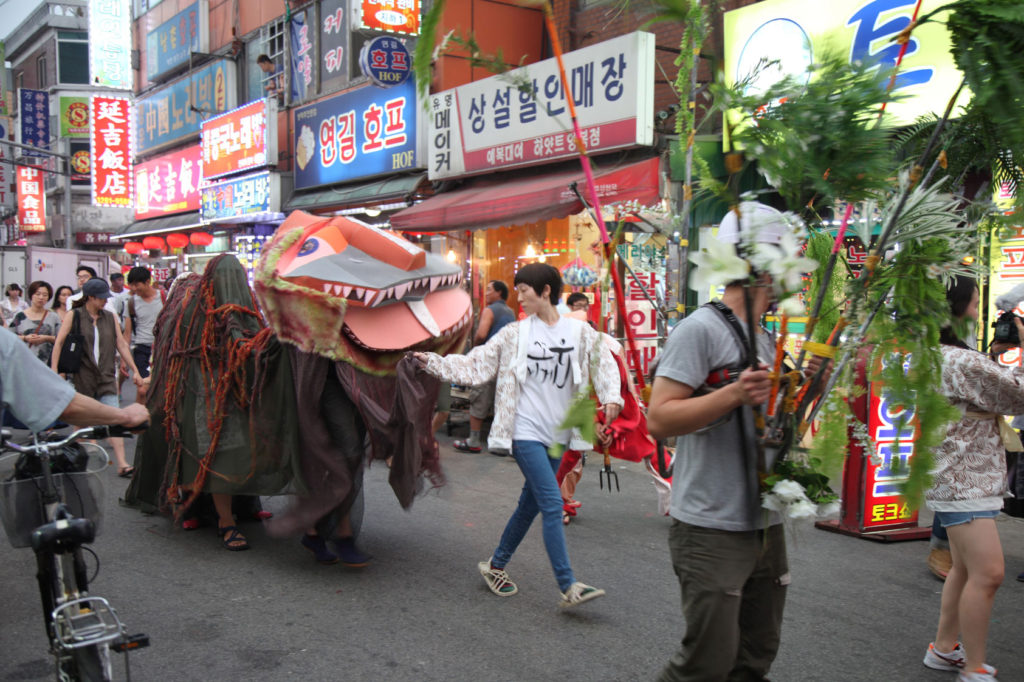 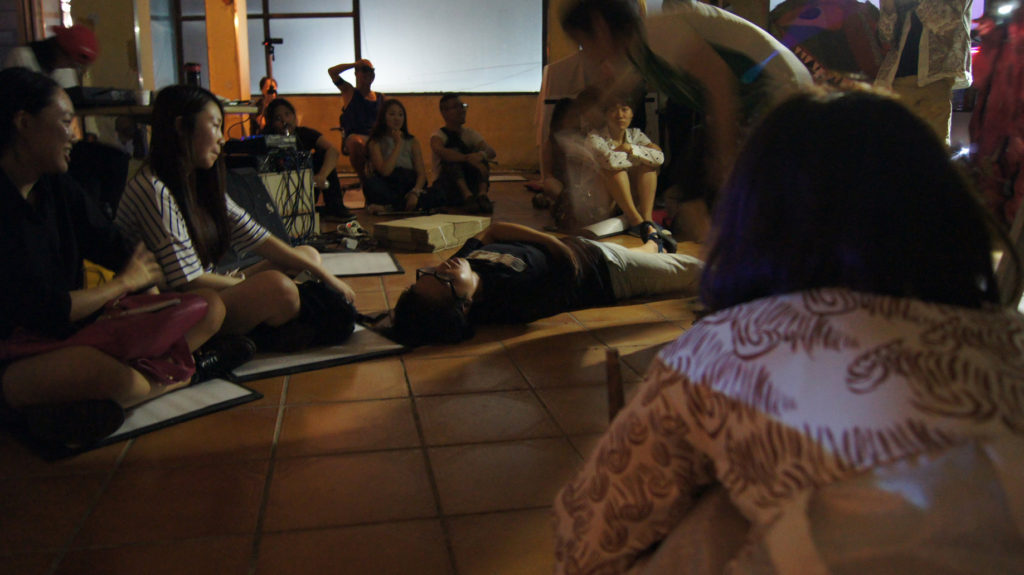 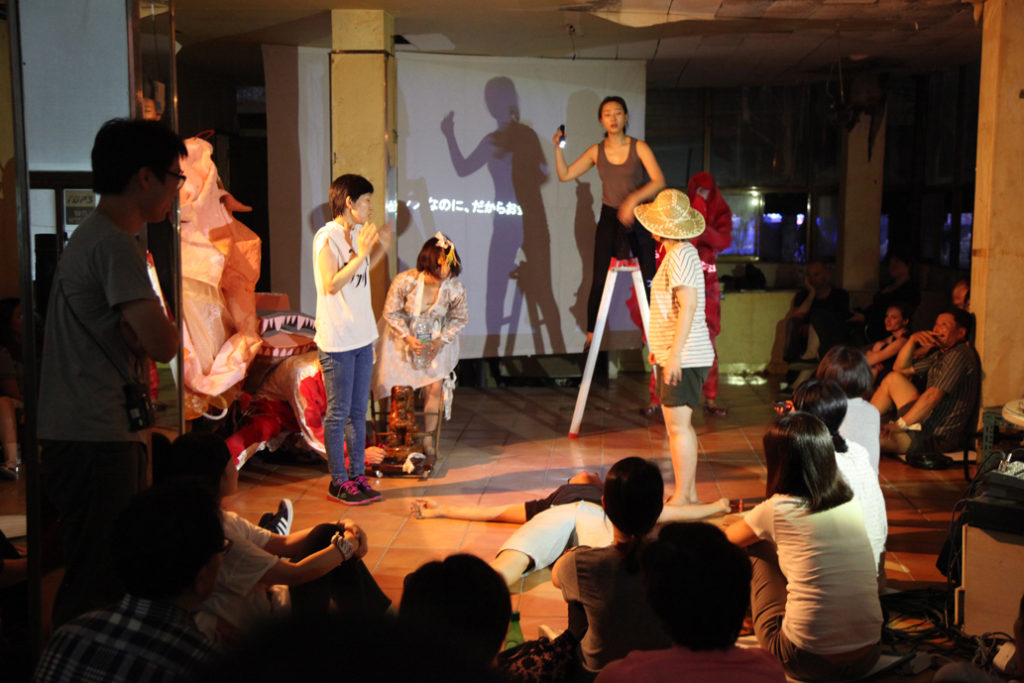