The Book of the Dead

Collaboration with Matthieu Blake
Collaboration project bringing together OLTA and Matthieu Blake [french author-director] around the cinematographic idea « in the process of being realized » ― a film partially produced live and whose scenario is unfolded by the performance, speech and drawing. The object of the film is gradually revealed, mentally, it explores the history of the book Shisha no Sho 死者の書 by Orikuchi Shinobu, published in 1943. This major Japanese Gothic novel mixes ancient poetry with the Buddhist religion, the figure of the ghost and the insane relationship of Otsu prince and Iratsume princess at the time of Nara.
Each member of the group focused their research on elements of the narrative with the aim of creating a fragmentary literary creation that joins the others and contributes to the final scenario. They traveled to Nara, to the legendary Taimadera Temple and to the Mount Futakami, the main places depicted in Shisha no Sho 死者の書 and filmed what they read their scenario and drew on the transparent square media. They wear kimonos with black obi (traditional fabric belts) on which the texts ― bits of scenarios created ― are written in white ink. The person who reads is in the center and declaims his poetry, while the other performers draw live what is said according to their interpretation. Transparent surfaces of the drawing are arranged in front of them and represent what the screen is in a kind of double reading, an opacity that allows multiple looks : first that of the artist, who is also the director of the film simultaneously said and painted ; then the external gaze of the discoverer or the passerby, who assists outside the circle of the group at the realization, like a spectator placed in detachment. These screens can also change height, they are modular and portable structures. It is a state that knows no boundaries between reality and fiction. The status of the actor ― who turns out to be any passerby ― joins the status of the director, who draws live according to the dictation of the scenario.
The collective went as close as possible to the objects explored in the book, to blend in with the story itself, to embody the voice, to carry out a work on the meaning and the relay of a speech ― both creative and radical, because of the choices of representation of this speaking. The readings and performances take place in front of a cave, in front of a temple, on the path that leads to the top of the mountain thus renewing the chosen locations with the written history and its historical origins. 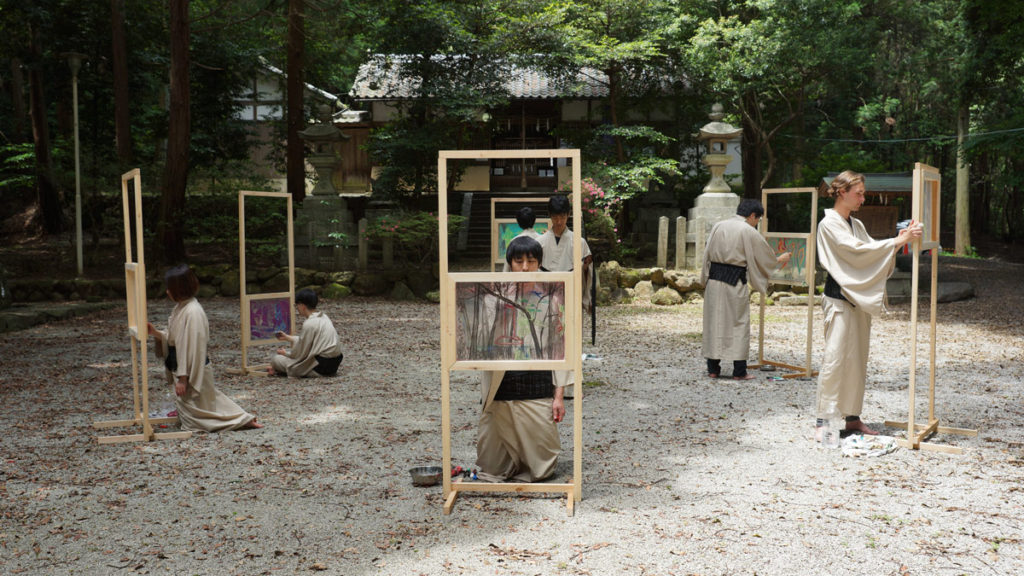 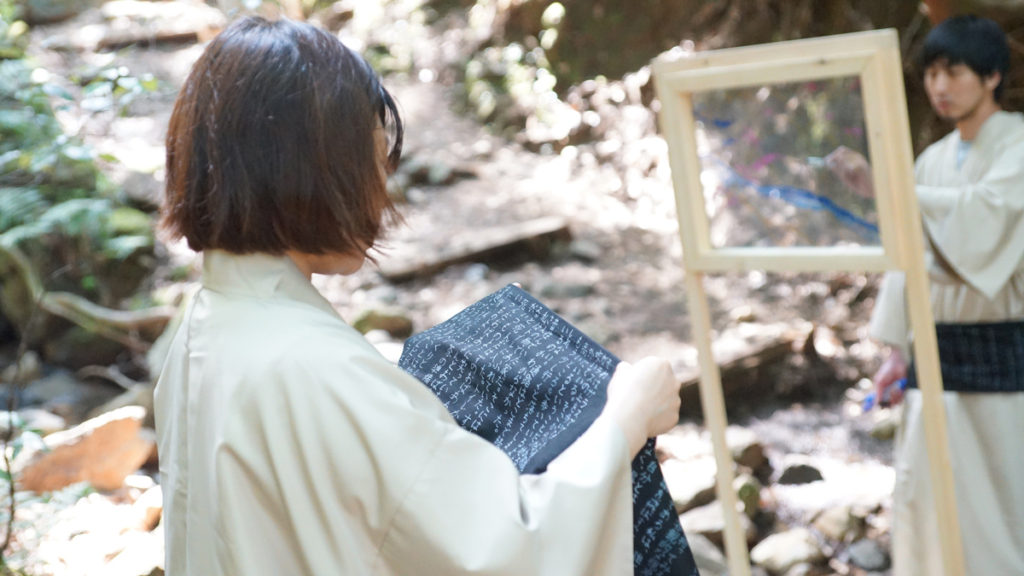 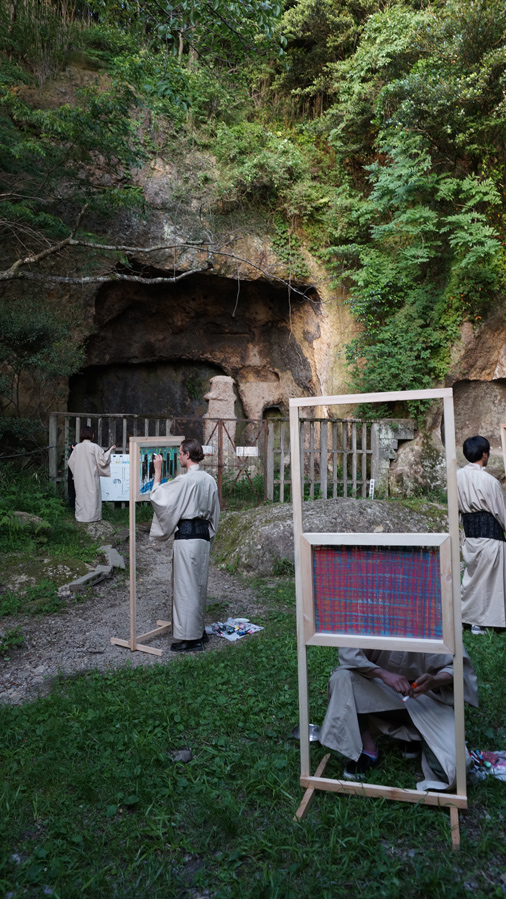 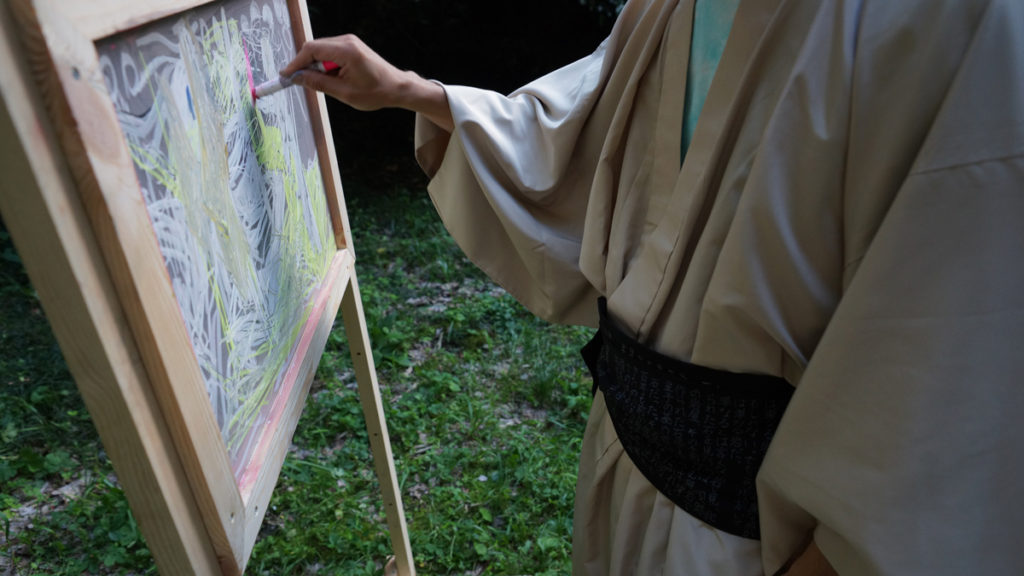