Collaboration with OPEN CIRCUIT
“TRANSMISSION PANG PANG” is a project that examines the ways of tradition and transmission in modern times through the play of board games. Since 2017, “OPEN CIRCUIT”, curating unit based in Seoul, Korea, and OLTA have jointly launched a project and have observed festivals and folk songs in various places. Based on “Snakes and Ladders” familiar in ancient India from acts and songs transmitted from oral history, OLTA and OPEN CIRCUIT produce their own board games, and play board games with audiences by improvisation. The cards used in the game include gestures of festivals and folk songs, tools used for the festival, and actions such as drinking, and the player actually plays while altering various gestures and tools drawn on the cards. 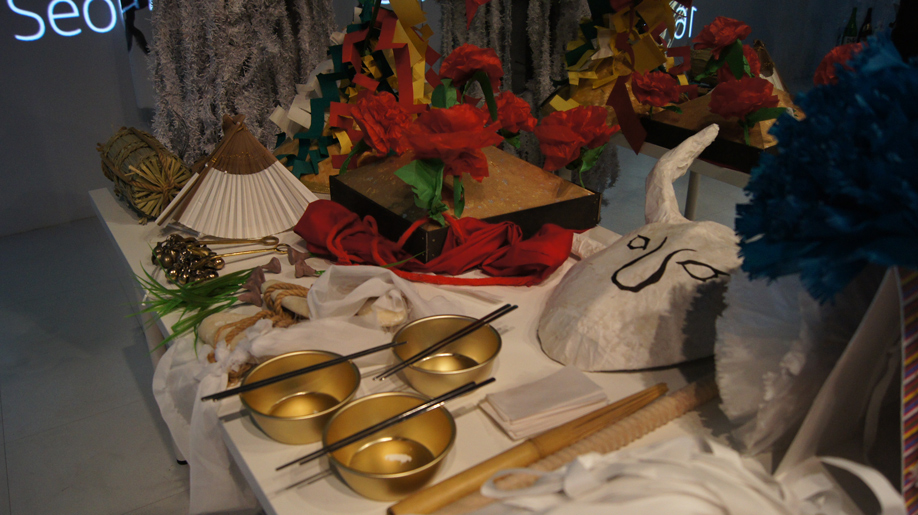 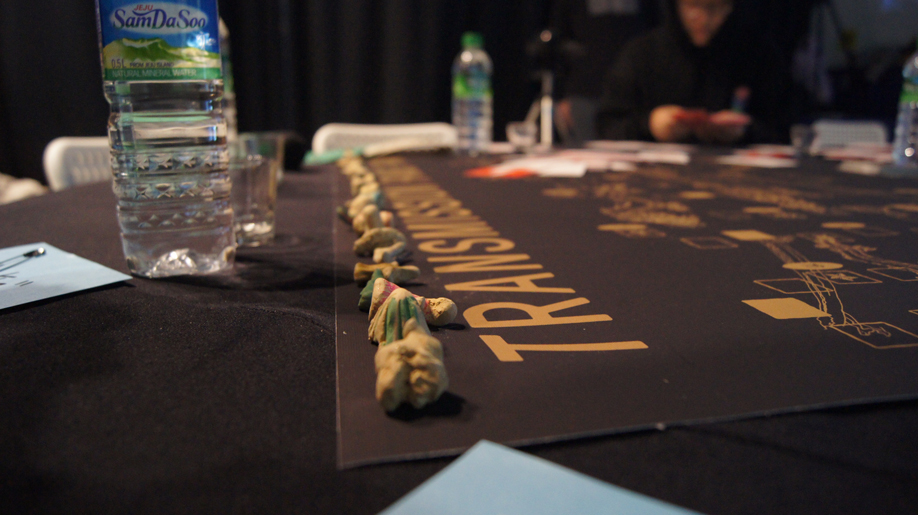 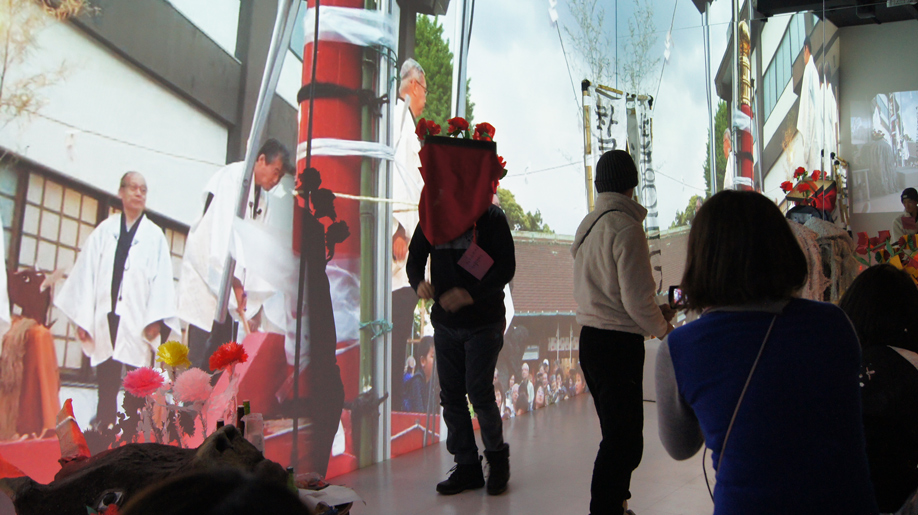 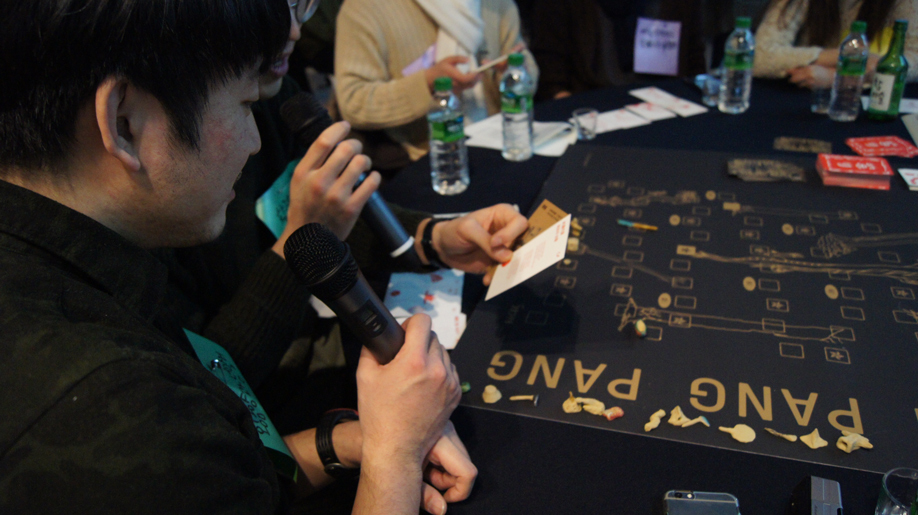 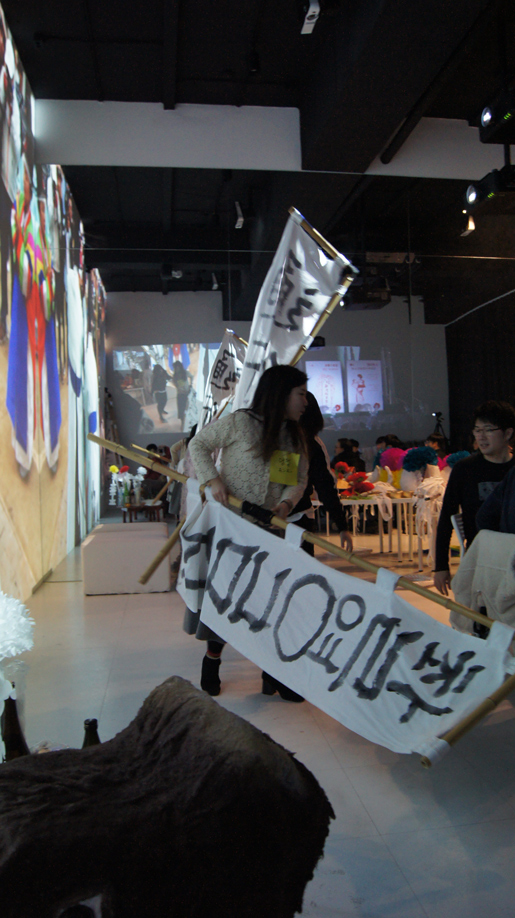 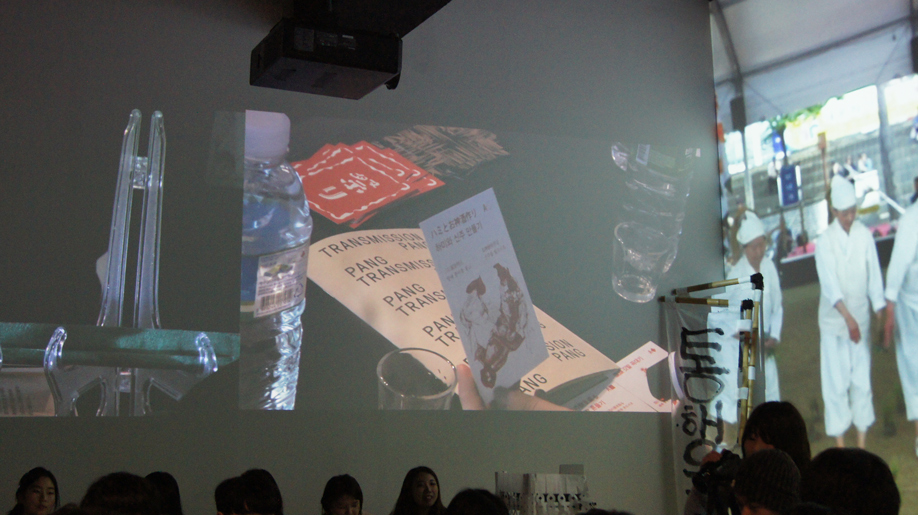 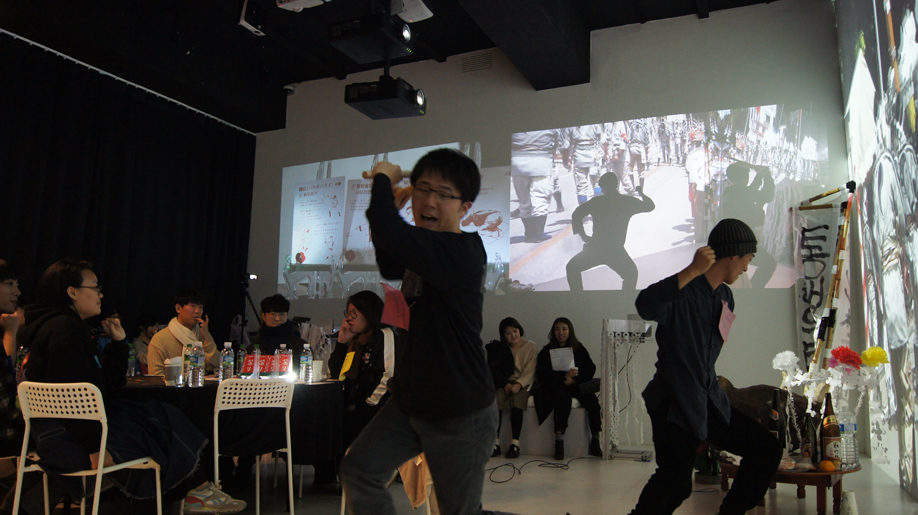 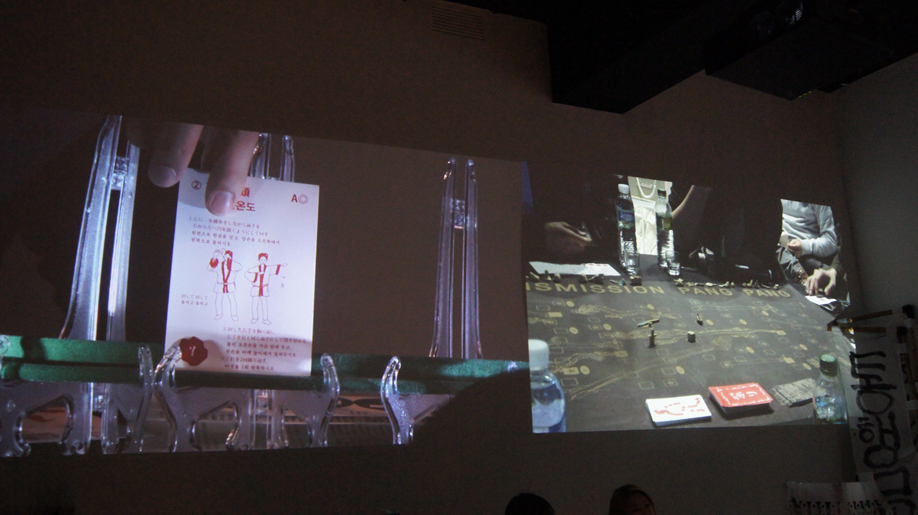 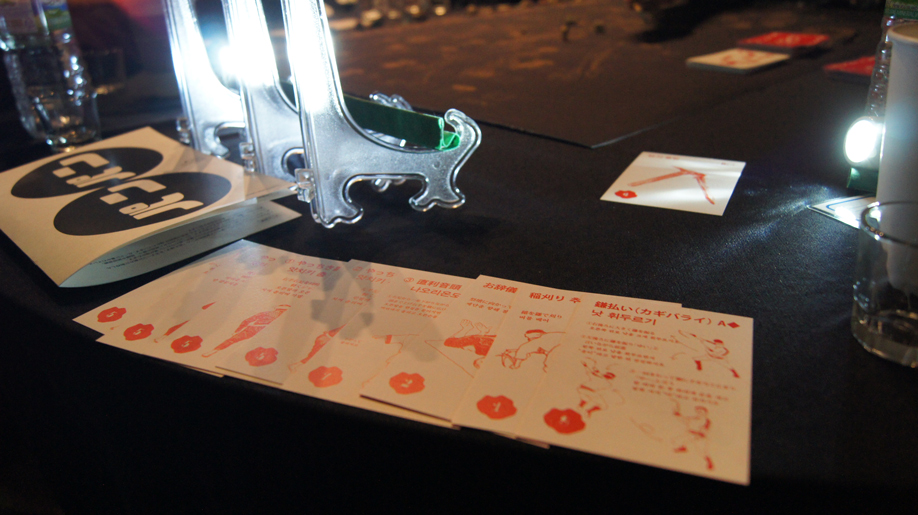 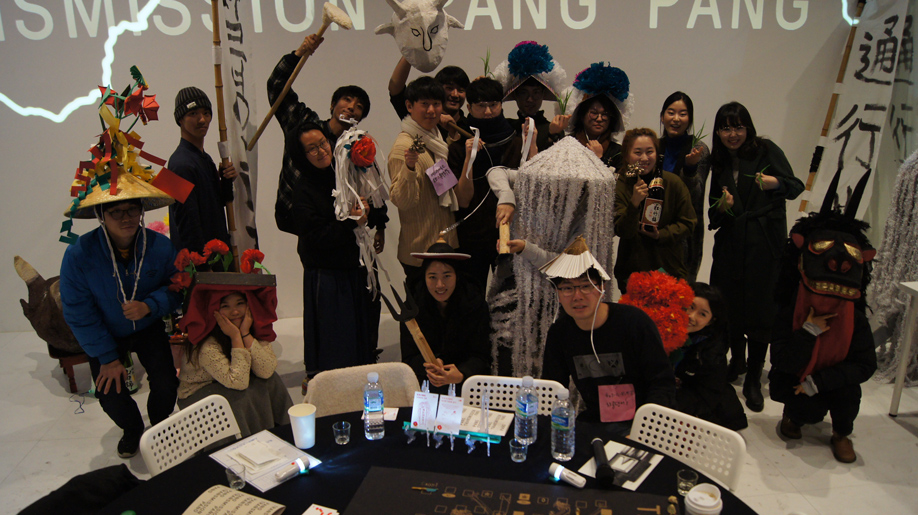